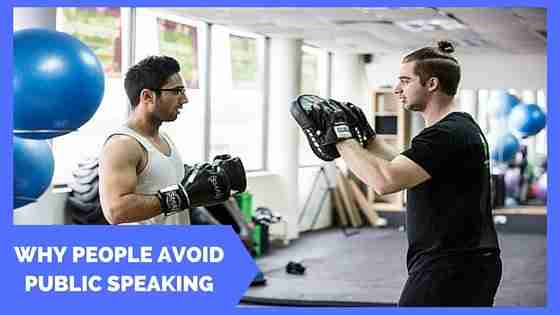 THE FEAR OF PUBLIC SPEAKING AND WHY SO MANY AVOID IT.

So many people have the fear of talking in front of a group of people and most try to stay away from the opportunity when it arises. Fear of public speaking is the most common of all phobias. It’s a form of performance anxiety in which a person becomes very concerned that he or she will look visibly anxious, or maybe even have a panic attack while speaking. Over time, people try to protect themselves by either avoiding public speaking or by struggling against speech anxiety. In this way, people get tricked into making the fear of public speaking more chronic and disruptive.

Two weeks ago I was given the opportunity to talk in front of 30 year 10 students at a local school near the studio I work at. Public speaking is one of the things that I love to do, I’m not like most others who avoid it, I actually enjoy and thrive in it. I was chosen to speak to these students because some of them don’t really listen to teachers and needed someone to get through to these kids and tell them that life isn’t easy and what they want in life isn’t necessarily what they will get.

At first I smiled and said absolutely I will do it (everyone that knows me knows that I can talk forever).  think the fear that people have is not actually talking in front of a group its actually the fear of mucking up or stuffing up their lines when talking. Humans naturally don’t like to be laughed at and judged, being judged is one of the most things we don’t like happening to us.

So it came to the day of the Motivational talk with the students.The first talker was a lawyer who talked a lot, then the second person was an engineer who bored everyone to death including myself. As soon as I was up I knew I had to lighten up the mood after hearing all about paperwork, chemicals and science stuff.

Being in the Health & Fitness industry I love chatting to our future and kids today need to know how the real world works. I’m only 25 years old so I haven’t lived as long as the first two speakers have however I would put any money on that I have lived a more for filled life than the two combined. My Journey has taken me around the world and going through the ups and downs and disappointment that life through my way has gotten me to the place I am today, if I hadn’t not gone through the disappointments I probably wouldn’t be a trainer today.

Telling the kids that your life goals change after high school and not everything you want you will achieve in three, four or five years time so to appreciate school, work hard and get the grades you want so you can move on to further your dreams whether it may be at uni or somewhere else. Having a dream to be a fashion designer or being an AFL footballer may not be well thought of but hey thats what dreams are, having old school parents who always wanted me to be a doctor, lawyer, plumber etc.. didn’t see what made me tick and what made me happy.

Having the opportunity to inspire people is why I got into this industry in the first place; helping someone lose 20kilos, lift heavy weights, get stronger and faster is a massive thrill. Being a mentor is very fulfilling in many ways; I know when I had my down moments I relied on my mentors to get me through those tough times. I love that I am able to help people achieve a better version of themselves, make their lives a little better than when they started and change the future of our great country.

Want us to Guide you through your journey! Fill out this form and we’ll be in touch.